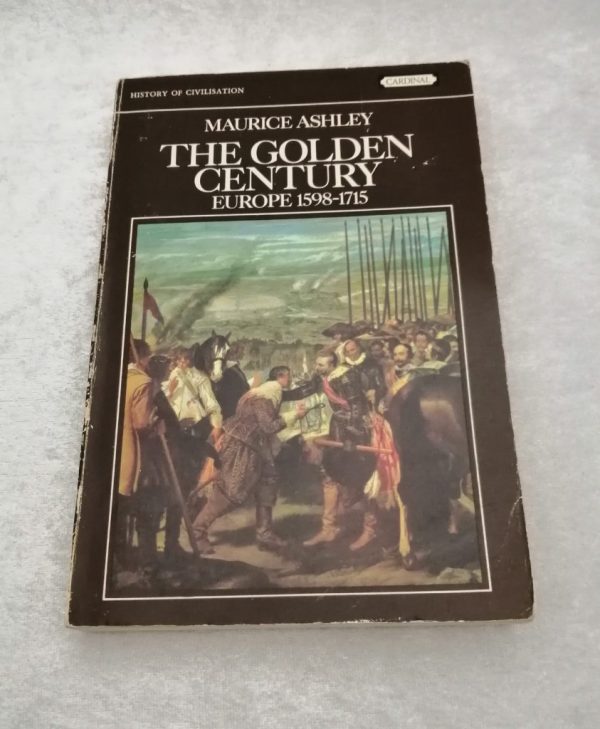 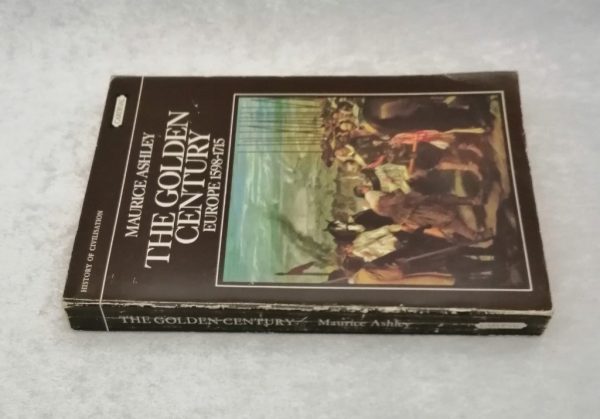 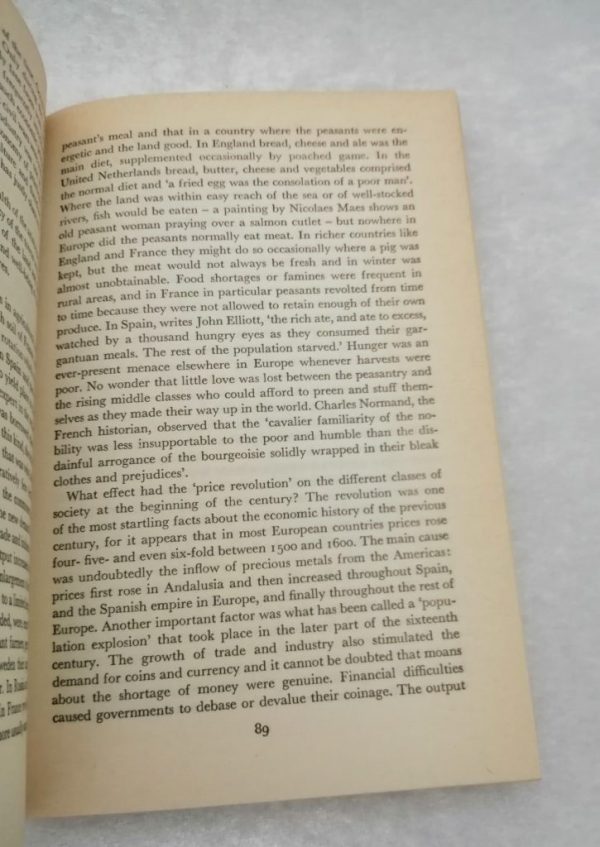 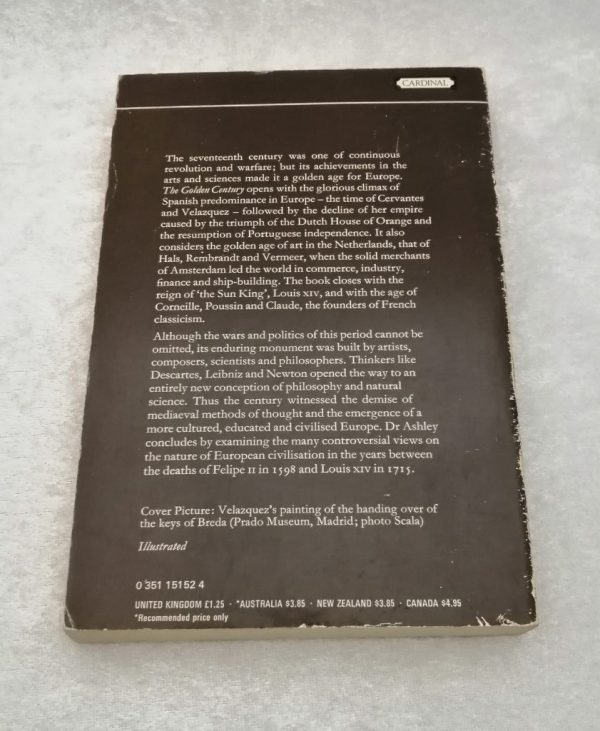 The seventeenth century was one of continuous revolution and warfare; but its achievements in the arts and sciences made it a golden age for Europe. The golden century opens with the glorious climax of Spanish predominance in Europe – the time of Cervantes and Velaquez – followed by the decline of her empire caused by the triumph of the Dutch House of Orange and the resumption of Portuguese independence. It also considers the golden age of arts in the Netherlands, that of Hals, Rembrandt and Vermeer, when the solid merchants of Amsterdam led the world in commerce, industry, finance and ship-building. The books closes with the reign of ‘the Sun King’, Louis XIV, and with the age of Corneille, Poussin and Claude, the founders of French classicism.

Although the wars and politics of this period cannot be omitted, its enduring monument was built by artists, composers, scientist and philosophers. Thinkers like Descartes, Leibniz and Newton opened the way to an entirely new conception of philosophy and natural science. Thus the century witnessed the demise of mediaeval methods of thought and the emergence of a more cultured, educated and civilised Europe. Dr Ashley concludes by examining the many controversial views on the nature of European civilisation in the years between the deaths of Felipe II in 1598 and Louis XIV in 1715.